Time again. It is another year, this year I won’t call it soundtrack anymore since the soundtrack is a wild mix of new songs, old songs, new discoveries, freshing memories and emotions.

After listening to my 2020 playlist all January, I thought this time whenever I discover something new, I put it in my playlist. I think it is good to memorize what songs but it ended up with a playlist that doesn’t allow reflecting. So I created a new one.

So I hope you listen to the playlist and find 2021 releases being wrapped by classic rediscoveries! Tadaaa!

2021 started on new years day listening to my favorite radio stations BBC6 and Seattles 90.3 KEXP. Now you may call me old school or boomer but these are drvien by real music lovers with tons of special features, guests, concerts … And here is the proof, one of my favorite bands (again in 2021) performed on kexp one month ago. Can’t wait to see them live. I guess that’s another story.

Coming back on both stations within two days two songs of the same band struck me. One on Positive Vibrations on kexp and one in the New Years day Festive takeover on BBC6 by Beastie Boys, Definitely one of the biggest discoveries from 1978. On the latter the remaining Bestie Boys confessed that Crawlspace is their favorite song, somehow I missed this song and now of course it is my favorite song by the Beastie Boys.

Now I should probably talk a bit about unconscious bias. I always avoided listen to bands carrying silly names (at least on first sight). I should have known better when that hapopend to me with King Krule and it happened again with King Gizzard & The Lizzard Wizzard. Two fabulous, creative albums in 2021 – L.W. and Butterfly 3000.

And yes: Alt-J is back U&ME looped in my car for weeks. My daughter mentioned this once “you really like this song don’t you?”.

And songs made it to the list that I share with my kids our local superstar RIN from Bietigheim, who refers in Dirty South to Reifenwechsel, Wildermuth, wo er wahrscheinlich seinen G-Wagon zum Roifa wechsla bringt. And a collaboration with Giant Rooks, one of the concerts that actually took place at the Little Happiness! And of course Provinz where I was thrown back into my childhood. I picked up my daughter at the Wizemann and ended up smuggling myself into the concert for the Zugabe! And that was one of the concerts that really moved me. We listended to the song they didn’t play on our way home: Liebe zu dritt.

And yes there are stories for each other song but that would go too far. I hope you enjoy the playlist!

You may find two more old songs – one is actually released in 2021 after 30 years not being available anywhere – KLF: Last train to Trancentral.

And last but not least Lisa and myself got caught up in the Beatles documentary – the best music documentary ever! If you have not seen it yet it will touch you so deeply and you will listen to the Beatles different than you did before! And understand more of the music than you ever did!

And with that I hope you have a great year with great music experiences in 2022! 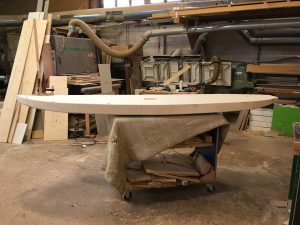